Fezs of Kazakhstan will be checked for efficiency 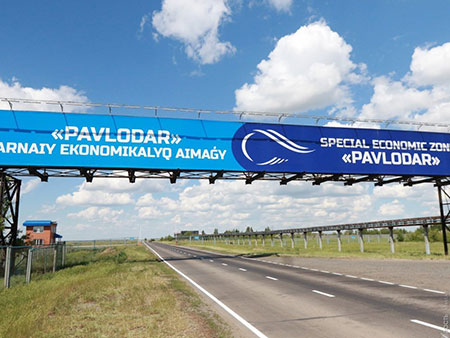 The head of state said that only 50% of the investments were refunded to the state in form of taxes.

The correspondent of the Kapital.kz Business Information Center reports that the head of state, Kassym-Jomart Tokayev, instructed the government to analyze all preferences for free economic zones (FEZs).

Kassym-Jomart Tokayev said, « 340 billion tenge were invested in the FEZs and over the years only half of the taxes were obtained from them. Almost all Free Economic Zones have problems with qualitative filling. In other words, over the past 10 years, any tangible results from the FEZ are not observed. I instruct the government to analyze all the preferences for their efficiency and expediency. Of course, it is impossible to close all FEZs, but it is necessary to take measures».

According to him, the fiscal policy needs a significant modernization. The President reminded that a new Tax Code was adopted and entered into force.
Kassym-Jomart Tokayev said, «The Customs Code delegated its authorities to the government. What results do we have? The provision of tax concessions is easier and faster than to develop industries systematically, to create sales markets, to set up regulation. But we must remember that taxes are people's money, with the use of which a number of issues, such as education, healthcare and so on, are solved».

Micro and small business entities were also exempted from taxes for three years, but, according to the head of state, widespread exemption from taxes can lead to severe consequences, as far as benefits in the amount of 4.5 trillion Tenge were provided.

The head of state said, «It is necessary for local business to integrate into global value chains, to increase export of new goods, as well as maximize the degree of processing of products. Targeted support should be provided to precisely this kind of industries».
At the same time, the government was instructed to take measures for demonopolization as well as to remove administrative and economic barriers for new entrepreneurs to enter the market.